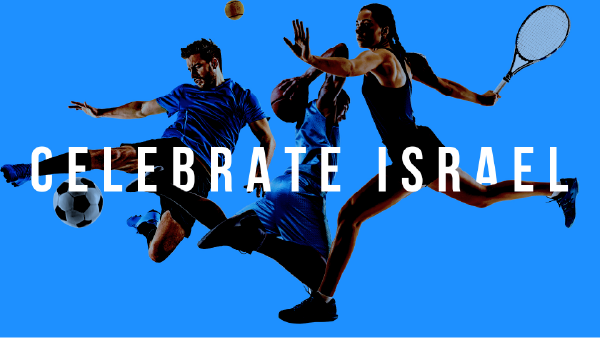 Register in advance. Join us for a Worldwide Celebration of Israel’s 73rd Independence Day. Bid farewell to His Excellency Reuven Rivlin as he completes his term as Israel's tenth president with special appearances by Israeli Olympic gold medal hopefuls who are on their way to Tokyo this summer and Jewish athletes from around the world.  Meet Linoy Ashram, 2021 Olympic rhythmic gymnast sensation and first Israeli to win the gold medal in the Individual All-Around Event at the 2020 European Championships and so much more!

9 Reasons to Register for this Global Celebration of Israel: www.jfeds.org/Israel73

His Excellency Reuven Rivlin, President of Israel will deliver his final farewell to the Diaspora community and viewers will look back on his legacy.

1.      Mark Wilf, Minnesota Vikings Owner and Chair of JFNA Board of Trustees will give welcoming remarks and discuss how his passions for sports, Israel and the Jewish community connect.

4.      Meet Linoy Ashram, 2021 Olympic rhythmic gymnast sensation, gold medalist at the 2021 Rhythmic Gymnastics World Cup, and first Israeli to win the gold medal in the Individual All-Around Event at the 2020 European Championships, and

5.      Marhu Teferi, 2021 Olympic marathon runner and holder of Israeli records in both the half-marathon and marathon.

6.      Noa Tishby, Israeli actress and producer of the Emmy-winning drama “In Treatment” on HBO will offer greetings and invite you to a discussion on her new book.

7.      Yonina, the Israeli-American husband and wife musical duo will perform.

8.      Learn the story of Agnes Keleti, a 100-year-old Hungarian-Israeli gymnast and Holocaust survivor with ten Olympic medals, and

9.      a gang of motorcyclists, who recruited Jewish athletes and brought them to Tel Aviv to compete during the perilous time before World War II.