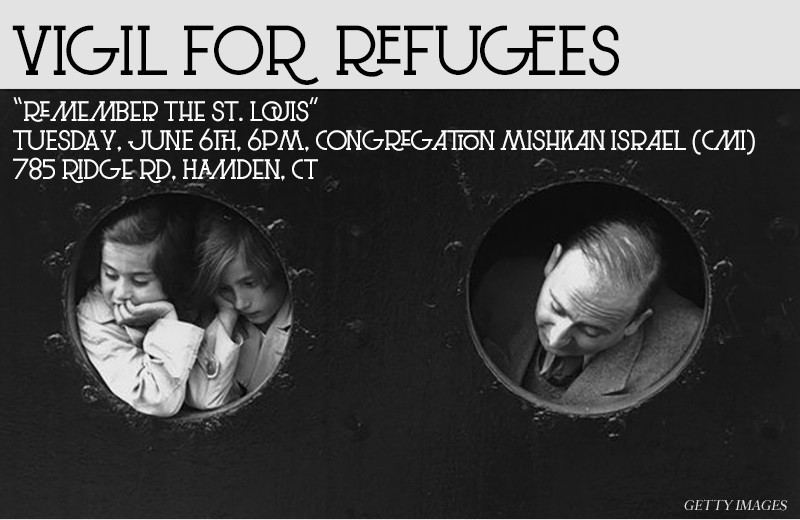 One of our core American values - welcoming refugees to the US - is under attack. The administration vows to take this fight to the IS Supreme Court. We must remain vigilant. The current attack on refugee resettlement in the US hearkens back to a very dark day in American history: On June 6 1939 a ship carrying 900 Jewish Refugees got so close to US shores they could see the lights of Miami. But they were turned away, forced back to Europe where nearly half of them died in Nazi concentration camps. This ship was the German ocean liner MS St. Louis.

Join us, for a community vigil for refugees to commemorate that dark day in 1939 and to reaffirm the pledge, "Never Again," taken in the aftermath of the Holocaust.

Join IRIS and the local Jewish community to stand up for refugees and shine the light of welcome. Never again will we deny safe haven to those fleeing genocide, war, and prosecution.