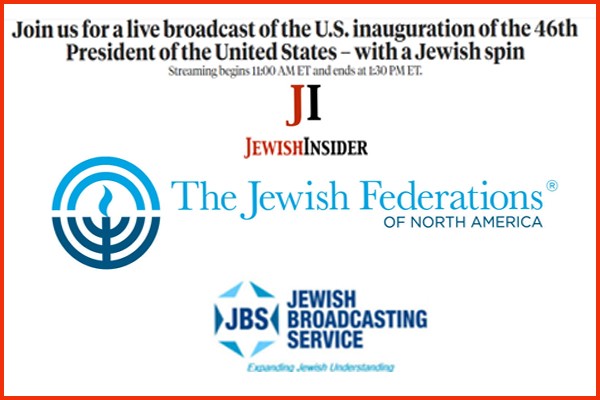 The Jewish Federations of North America (JFNA) is partnering with the Jewish Broadcast Service and Jewish Insider to bring the Jewish world exclusive coverage of the inauguration ceremony of President Joe Biden and Vice President Kamala Harris on January 20, 2021. The televised event, which will be hosted by JFNA’s President and CEO Eric Fingerhut and Jewish Insider’s Managing Editor Melissa Weiss, can be viewed on television in homes across the U.S. that transmit DirectTV, Comcast, and other carriers and on Jewish Insider at www.jewishinsider.com/JFNA Streaming begins 11:00 AM ET and ends at 1:30 PM ET – with ceremony and swearing-in around noon.