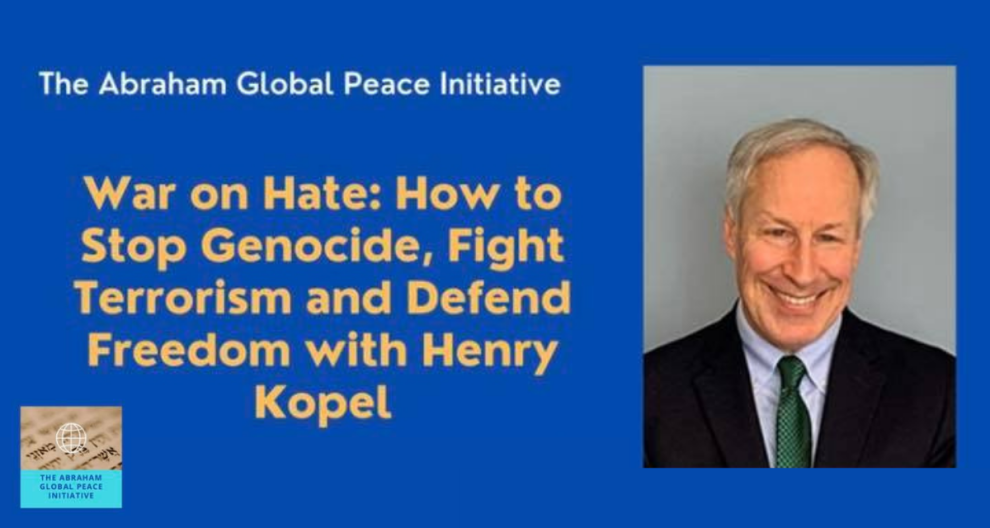 Join the Abraham Global Peace Initiative (AGPI) as they host author and former U.S. federal prosecutor Henry Kopel as he discusses his new book, "War on Hate: How to Stop Genocide, Fight Terrorism and Defend Freedom."

Can genocide and terrorism ever be eliminated? Attorney Kopel's book says "Yes." It demonstrates that such atrocities are driven mainly by mass ideological hate incitement and not, as is often claimed, by "ancient hatreds," poverty or the lefacy of Western imperialism. Hence, preventing such violence requires confronting and reducing the incitement — especially in the Middle East, where a tsunami of hate propaganda drives an epidemic of terrorism.