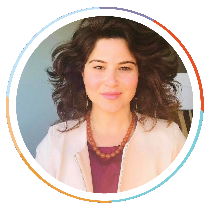 Register in advance. In 2012, Dr. Ruth Calderon surprised many Israelis – and perhaps even herself – when she was elected to the Knesset as a member of the Yesh Atid party. Dedicated to the formation of Israel’s Jewish identity, the Israeli thought leader challenged the ultra-Orthodox domination on religious matters in the state. Prominently among these efforts, she asked the government to fund Torah study across the religious spectrum. Dr. Calderon will talk with Karin Lagziel about her new role as the President of the World Zionist Organization and her vision for an Israeli Judaism that is vibrant, pluralistic, welcoming, and dynamic.

Event is in partnership with JAFI, Central Synagogue, and 92Y.