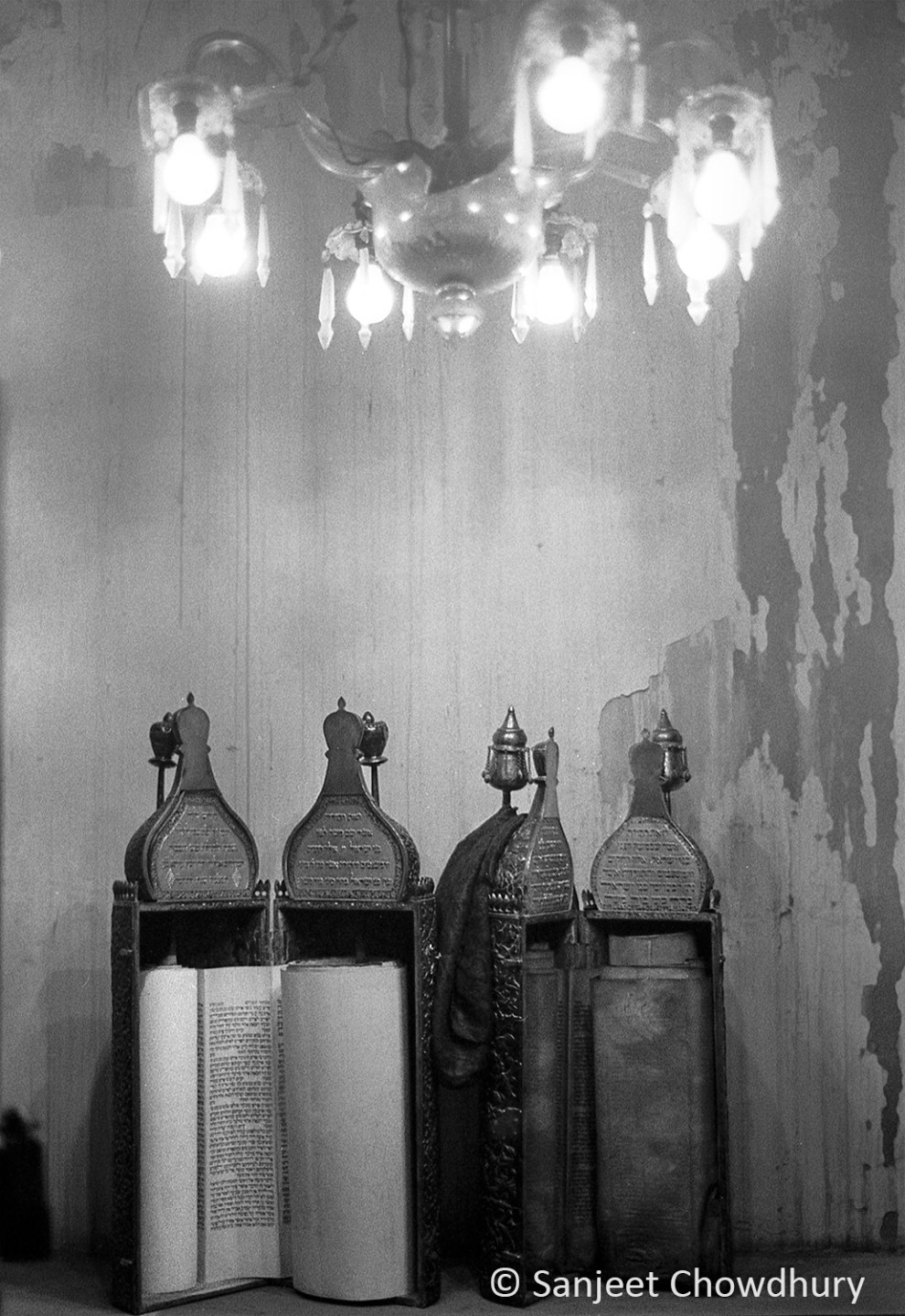 Jael Silliman, who was born in Calcutta into a Jewish Baghdadi family, will lead a Shabbat shmooze about the Calcutta Jewish community. She has written on Jewish Calcutta, including Jewish Portraits, Indian Frames: Women’s Narratives from a Diaspora of Hope (2001), about four generations of her family. Silliman recently developed the digital archive Recalling Jewish Calcutta.

Although only about twenty Jews currently reside in Kolkata (as it is now known), the city retains the traces of Jewish culture. Silliman’s presentation will begin after the weekly Kiddush lunch. Shabbat rules will be observed.

Sanjeet Chowdhury, Photographs of Jewish Calcutta, is on exhibition in the BEKI Art Gallery until March 7. Chowdhury’s photographs illustrate the diversity, poignancy and history of this Jewish culture. An independent photographer, filmmaker, and curator committed to representing the everyday, he is based in Kolkata. His photographic works have been exhibited in London, New York, and Basel.