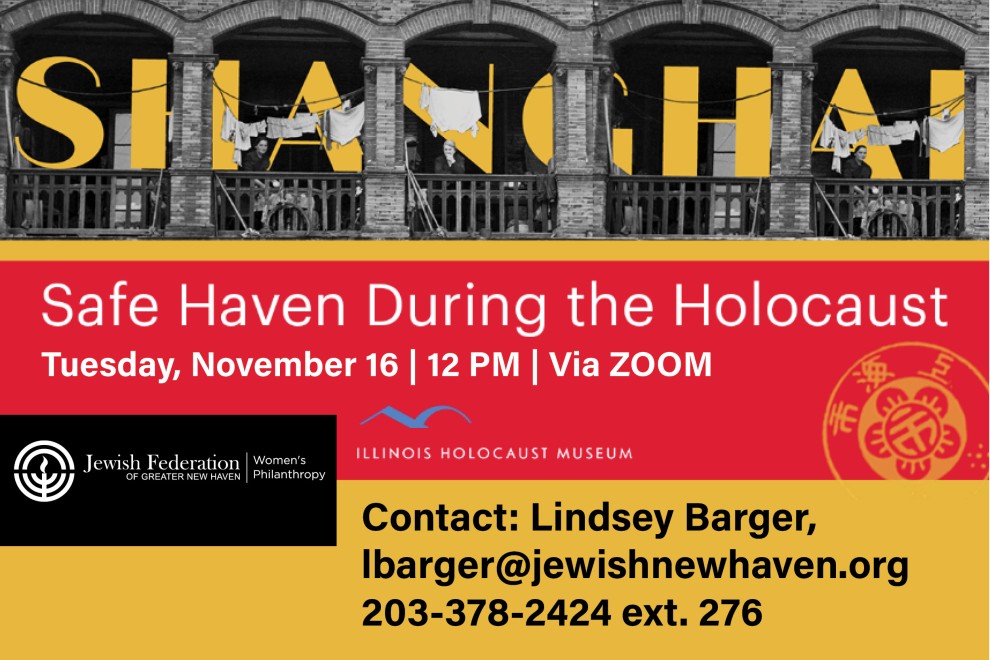 Register in advance. Join us for a virtual tour with the Illinois Holocaust Museum see exlore Shanghai: Safe Haven During the Holocaust. This exhbit sheds light on a lesser-known moment in Holocaust history: European Jews who had been shut out of country after country while trying to escape Nazi persecution found a beacon of hope in an unlikely place: Shanghai, China. In 1946, American photojournalist Arthur Rothstein began a project documenting the lives of Jewish refugees who now called Shanghai's Hongkew District "home." The exhibition is a tribute to human endurance, capturing both the enormous hardship and fierce perseverance of refugees and their families as they managed to not only survive but thrive.