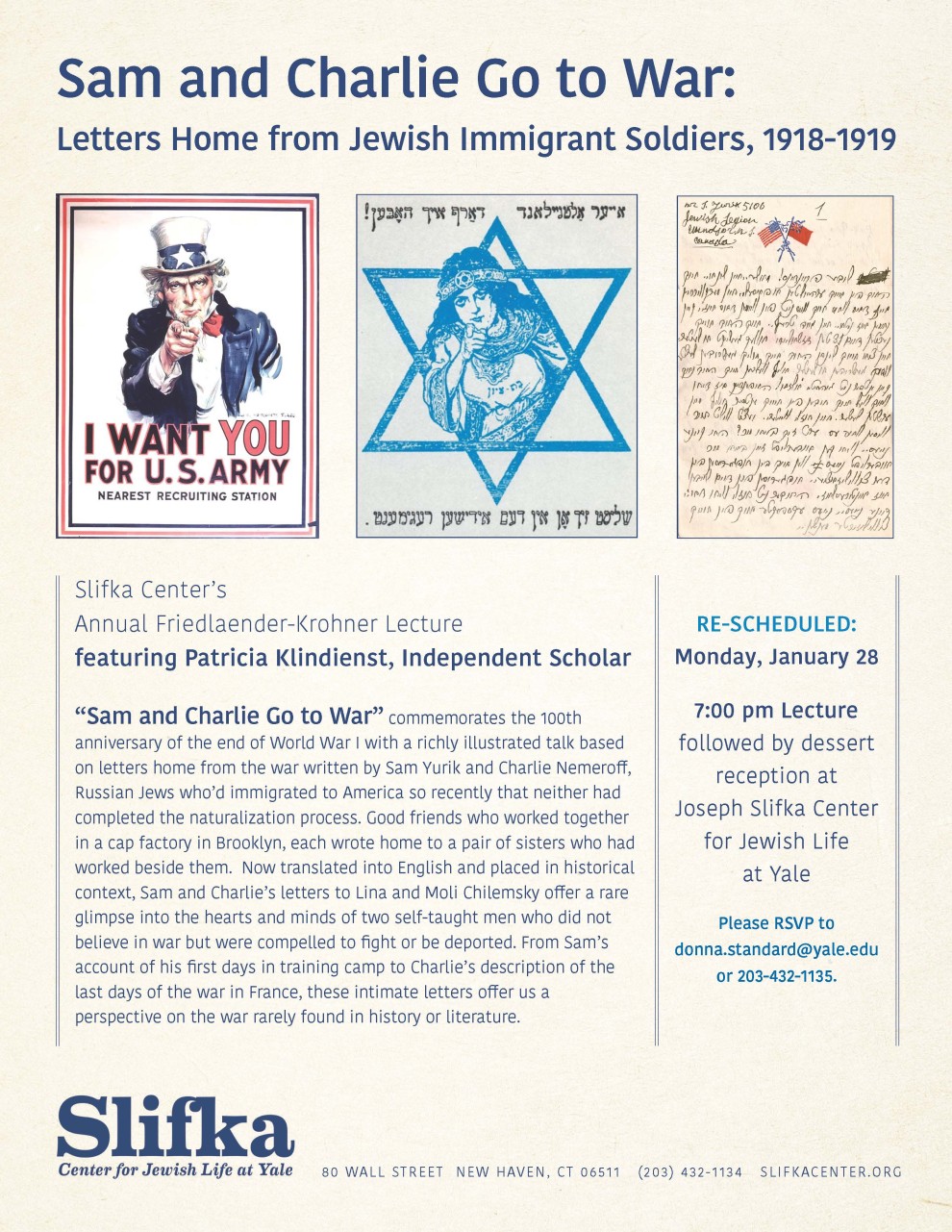 "Sam and Charlie Go to War" commemorates the 100th anniversary of the end of World War I with a richly illustrated talk based on letters home from the war written by Sam Yurik and Charlie Nemeroff, Russian Jews who'd immigrated to America so recently that neither had completed the naturalization process. Good friends who worked together in a cap factory in Brooklyn, each wrote home to a pair of sisters who had worked beside them. Now translated into English and placed in historical context, Sam and Charlie's letters to Lina and Mali Chilemsky offer a rare glimpse into the hearts and minds of two self-taught men who did not believe in war but were compelled to fight or be deported. From Sam's account of his first days in training camp to Charlie's description of the last days of the war in France, these intimate letters offer us a perspective on the war rarety found in history or literature.