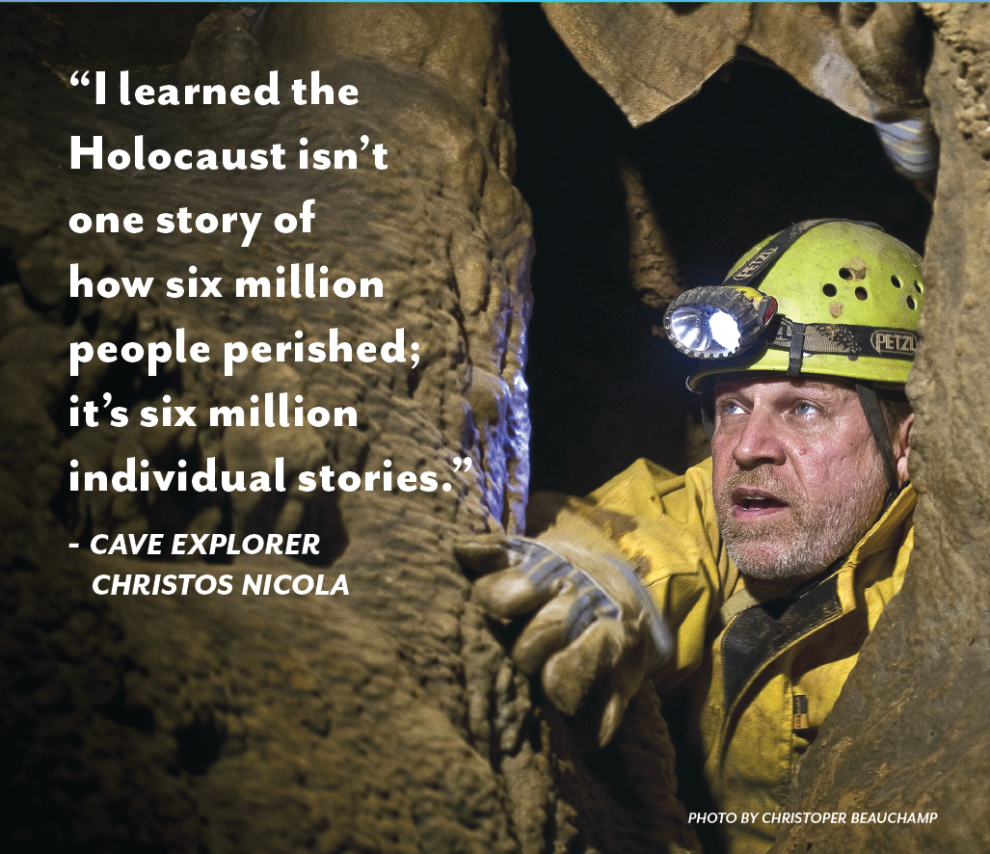 Please join us as explorer Christos Nicola recounts the remarkable story of finding the cave in which a group of Ukrainian Jews spent more than 500 days hiding from Nazis during World War II.

To date, he has located 14 of the original 38 cave dwellers, and co-authored the book, the “Secret of Priest’s Grotto” that led to the making of “ No Place On Earth,” a documentary about their experiences.

In 2013 Nicola received the prestigious Citation of Merit Award from the Explorer’s Club for his work in bringing the Priest’s Grotto story to light.

Sponsored by the Department for Judaic Studies at Southern CT State University.