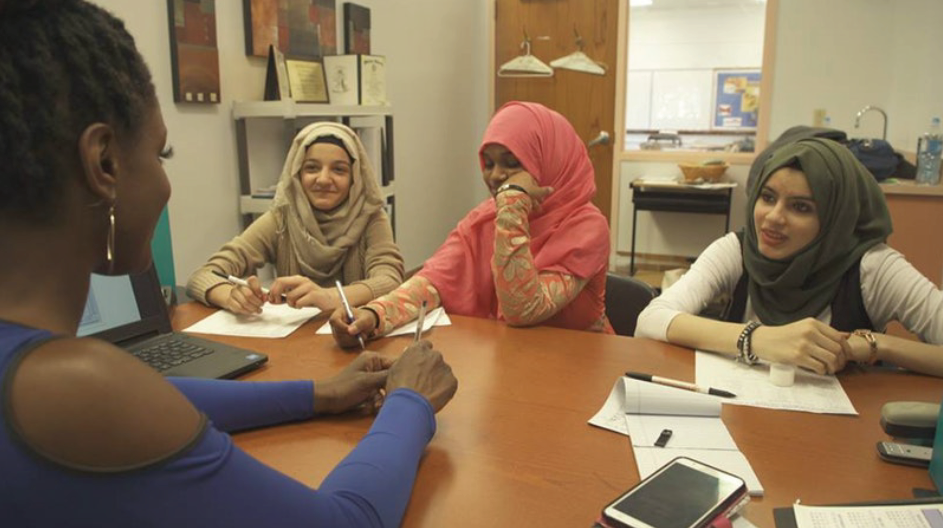 Day One follows a group of teens from war zones in the Middle East and Africa, as they are resettled in St. Louis, MO and enrolled at a unique public school for refugees-only.

While We Can concerns itself with the work that not-for-profit Hospitality House executive directors Karin Gordon and Tom Denton have done in providing private sponsorships for refugees. Filmed in Winnipeg, this offers insights into what is being done in Canada.

Followed by a conversation with director Leona Krahn as well as Jean Silk of the Jewish Community Alliance for Refugee Resettlement, Lurline deVos and Pablo deVos-Deak, who have partnered with IRIS to resettle multiple refugee families in the IRIS Community Co-sponsorship Program.