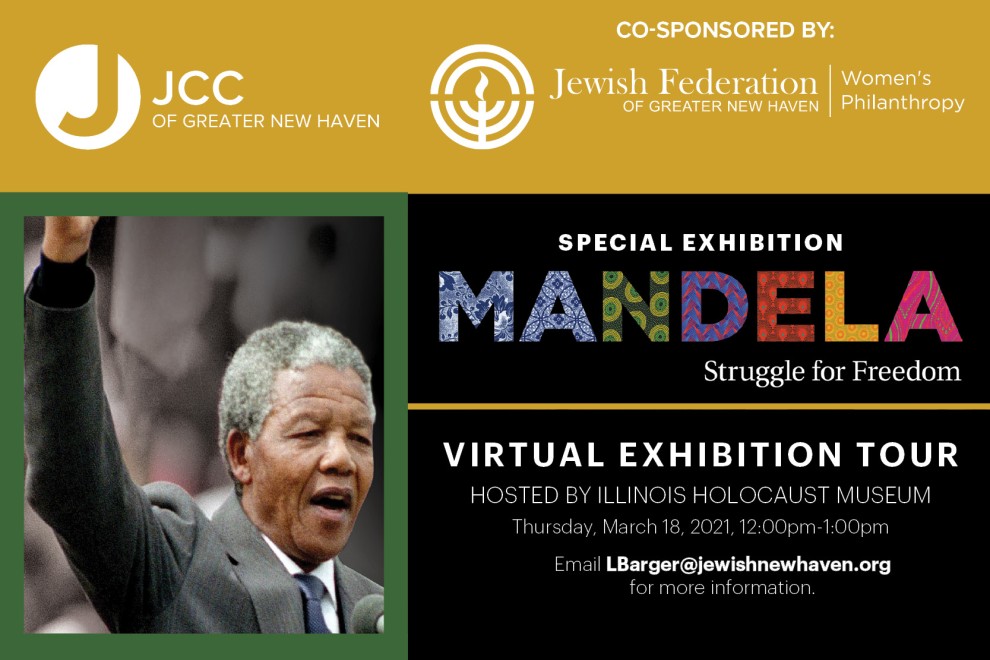 Register in advacne. Join us for an interactive tour of the Nelson Mandela Exhibt at the Illinois Holocaust Museum!

Mandela: Struggle for Freedom traces the history of the fight against apartheid in South Africa, with Nelson Mandela as one of its leaders. With immersive environments, Mandela promotes human rights with a central message: all people deserve to be treated with dignity and respect.

Among its many dramatic features and original artifacts, the exhibition replicates the eight-foot by seven-foot cell where Mandela spent 18 of his 27 years in jail, before emerging at age 71 to continue negotiating democratic change with his former enemies. Visitors entering the cell will find themselves in a multimedia theatre, with projections telling stories of repression and resilience on the walls.