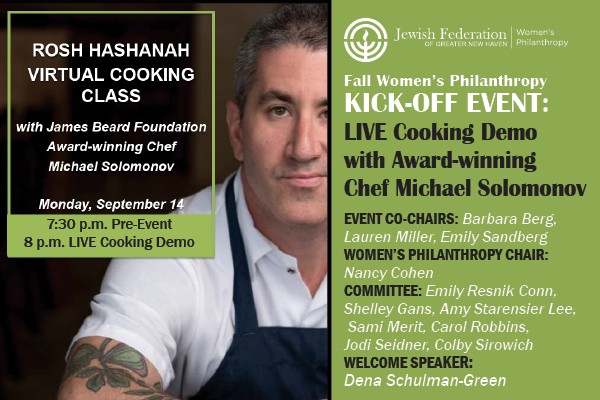 Register for this event in advance.

Executive Chef and Co-owner of Zahav, the 2019 James Beard Foundation award winner for Outstanding Restaurant, the first Israeli restaurant to ever win the award

2017 James Beard Foundation Outstanding Chef along with 4 other James Beard Awards, one of the most decorated chefs in the history of the awards

2014 Eater National Chef of the Year

She has been an editor at Saveur Magazine, Rachael Ray Every Day, and Time Out New York, and is a contributor to The Wall Street JournaI

She is an editor of the recently published books The 100 Most Jewish Foods (Artisan) and Hummus (Magica), and moderates a series of food talks at Symphony Space and Temple Emanuel's Streicker Center

*Recipes and ingredient list will be sent before the event