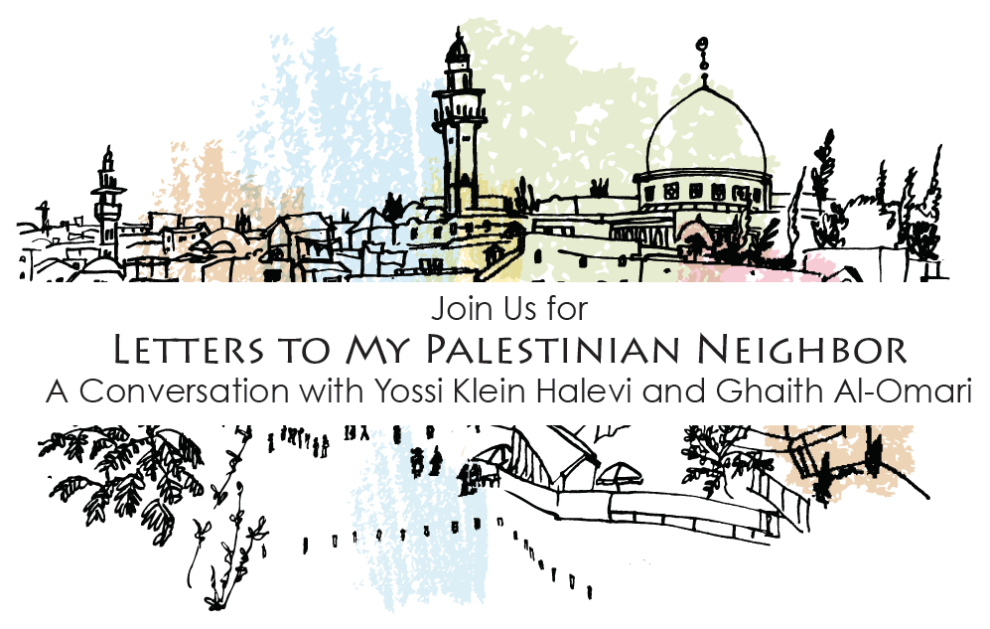 Join us for a fascinating and important conversation about the relationship between Israelis and Palestinians with bestselling Israeli author and journalist Yossi Klein Halevi and former Palestinian Authority advisor Ghaith Al-Omari.

Yossi Klein Halevi is the author most recently of Letters to My Palestinian Neighbor, a heartfelt plea for peace and new dialogue based on common ground in faith, a senior fellow at the Shalom Hartman Institute in Jerusalem and a frequent contributor to the New York Times, Wall Street Journal, The Times of Israel and many more.

Ghaith Al-Omari is a senior fellow at The Washington Institute for Mideast Policy and nonresident
fellow at the American Task Force on Palestine who served as a high-level advisor in the Palestinian Authority.

Daniel Weiner, Vice President for Global Affairs and Professor of Geography at the University of Connecticut, will moderate the conversation, which will include a Q&A.

Free and open to the public
RSVP by Monday, March 18