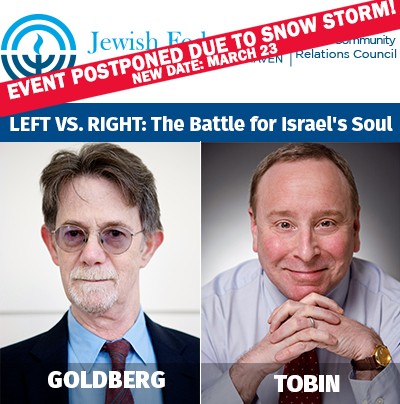 Left vs. Right: The Battle for Israel's Soul

Is Israel locked in a tragic dispute between two peoples claiming the same land — or a global conflict between Western democracy and Islamist terrorism? Is partition into two states the only way to ensure Israel’s survival — or is it the surest path to ever-increasing bloodshed and possibly even endangering Israel’s survival? Jonathan S. Tobin, senior online editor and chief political blogger of Commentary Magazine, and J. J. Goldberg, editor-at-large of the Forward newspaper and former U.S. bureau chief of the Israeli news magazine The Jerusalem Report, will debate these and other critical issues concerning the State of Israel.