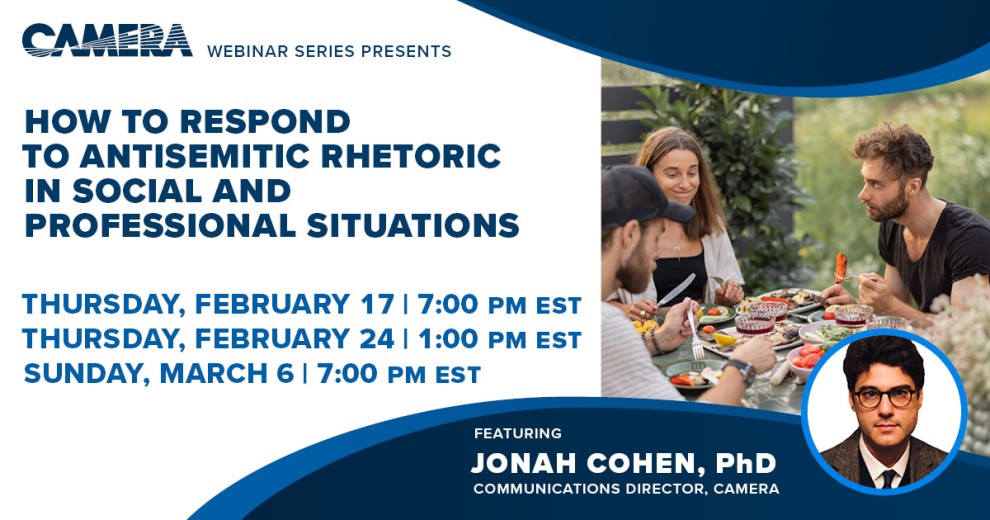 Back by popular demand: At a time when the Jewish state is increasingly debated in social situations—over dinner, on a date, at the office—defenders of Israel need to be equipped to communicate with those who do not accept their position. Such conversations can often turn heated. In his talk, Dr. Cohen will lay out a conversational strategy for gracefully maneuvering after friends or acquaintances have made provocative statements. You’ll learn proven tactics for getting people to think about your views on Jews and Israel without upsetting the gathering.

Jonah Cohen is the communications director for the Committee for Accuracy in Middle East Reporting and Analysis (CAMERA). He holds a PhD in philosophy and religion from the University of London. He has written for many publications, including the New Republic, the Jerusalem Post, and the Hill.