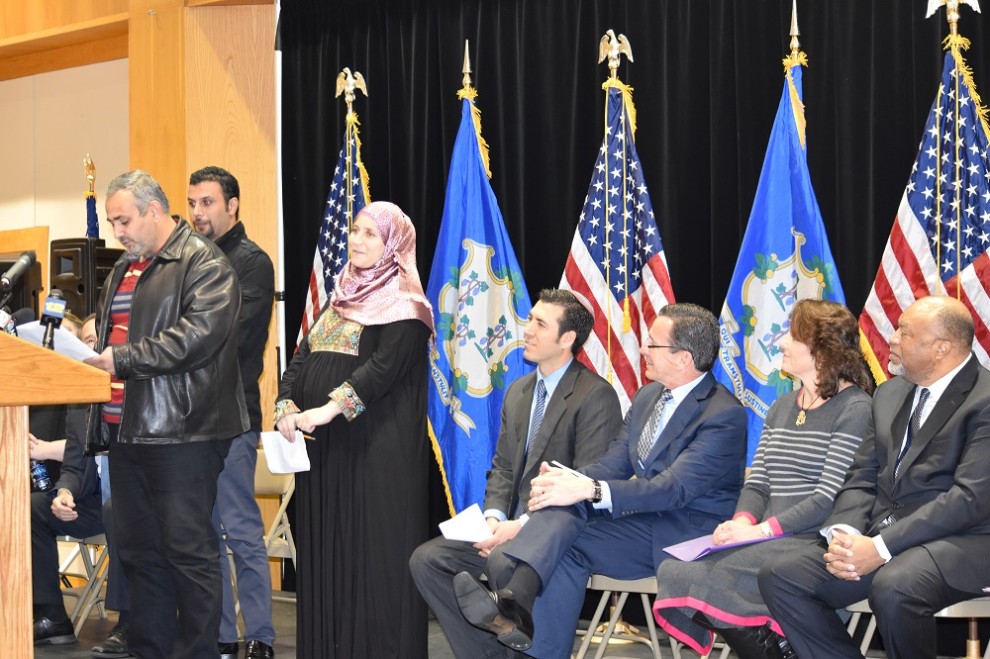 Connecticut governor Dannel Malloy made a stop last week in Woodbridge to address and stress the state’s commitment to help in refugee-resettlement efforts. At the podium with him were Chris George, executive director of Integrated Refugee and Immigrant Services (IRIS), and Syrian refugees recently resettled in New Haven and Danbury.

What may have surprised some was Malloy’s choice of venue: the Jewish Community Center of Greater New Haven.

In his remarks defending Connecticut’s policy of taking in refugees rejected elsewhere in the country, Malloy said, “We need to stand up and understand the sorrows, the death, and the deprivation that are caused not only in our land but throughout the rest of the world. And we need to do our part internationally, according to those treaties that we long ago entered into, after the Second World War, when the world had to confront the fact that it had done too little to resettle a population of persons – many of those, Jewish individuals – and had dragged its feet.”

Read the full story on the CT Jewish Ledger: http://www.jewishledger.com/2016/11/jewish-connecticut-steps-help-muslim-refugees-resettle/