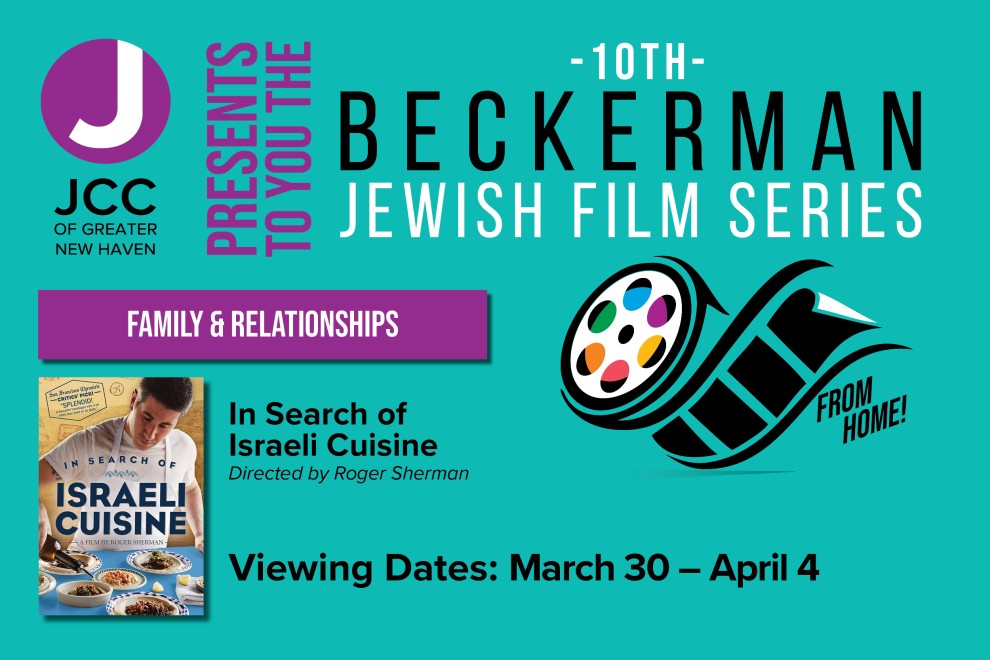 Register in advance. In Search of Israeli Cuisine is a portrait of the Israeli people told through food. It puts a literal face on the culture of Israel. Profiling chefs, home cooks, farmers, vintners, and cheese-makers drawn from the more than 100 cultures that make up Israel today – Jewish, Arab, Muslim, Christian, Druze a rich, complex and human story emerges.

Through scenes that are mostly cinema verité— interviews, farms, markets, restaurants, kitchens, landscapes, and history—audiences will discover that this hot, multi-cultural cuisine has developed only in the last 30 years. In that short time, Israel went from being one of the poorest countries in the world to one of the most advanced. Its sophistication mirrors the current state of the Israeli people and their food: secular, outward-looking and innovative.

The chef/guide of In Search of Israeli Cuisine is Michael Solomonov, the James Beard award-winning chef/owner of Zahav and a number of other restaurants in Philadelphia. His book Zahav: A World of Israeli Cuisine was recently released and is on the NYTimes bestseller list. Mike was born in Israel and grew up in the States. He’s smart, funny, self-deprecating, and very knowledgeable about the traditions and foods of Israel. Mike enters peoples’ lives, and their kitchens, and discusses their roots, inspirations, what their grandmothers cooked, how they’re preserving traditions and updating recipes with global influences.