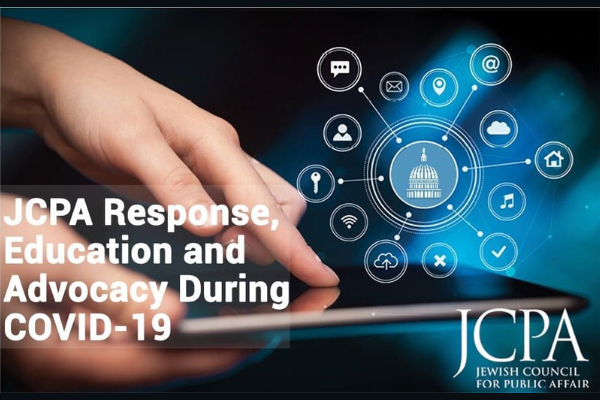 Register in advance. The Uyghur, a Turkic ethnic minority residing in the Xinjiang Province of China, have faced decades of religious and cultural oppression, and now a genocide. Join experts for a discussion on the ongoing atrocities being committed against the Uyghur people, learn what the Jewish community can do, and hear a moving account from a Uyghur advocate, along with a survivor.

Rayhan Asat is an attorney and the President of the American Turkic International Lawyers Association. She is also a chair of the Women Entrepreneurs Initiative with Harvard Alumni Entrepreneurs D.C. Rayhan’s practice focuses on anti-corruption, human rights, and business. She has been recognized as a senior fellow with Raoul Wallenberg Center for Human Rights. Rayhan is a frequent speaker in national and international law conferences and also testified before the Canadian House of Commons and Congressional bodies. She has been featured in the New York Times, BBC, CNN, Voice of America, The Hill, the Globe and Mail, The UK Mirror, Al Jazeera, and many other media outlets. Her writings have appeared on Foreign Policy, NBC, The Hill, etc., in addition to many legal journals.

Louisa Greve is Director of Global Advocacy for the Uyghur Human Rights Project. Previously, Ms. Greve was Vice President for Programs and East Asia Director at the National Endowment for Democracy, with past experience at Special Olympics International, the Corporation for National and Community Service, and the United Nations Development Program. She is an experienced non-profit advisor and an expert on human rights in China, having traveled and worked in China since 1980. Her first visit to East Turkistan was in 1988. She currently also serves as Washington Fellow for CSW, an advocacy group promoting freedom of religion or belief for all peoples and faiths. Ms. Greve has served on the Amnesty International USA board of directors, the Virginia Advisory Committee of the U.S. Commission on Civil Rights, the International Advisory Committee of the Coalition to End Transplant Abuse in China, and the Liberty's Promise board of directors. She is the author of several book chapters on ethnic issues and human rights in China, and has testified before Congress on democracy in Asia.

Samuel Chu is the founding and managing director of Hong Kong Democracy Council (HKDC), the Washington DC-based, nonpartisan voice for Hong Kong's pro-democracy movement and Hong Kongers in the US and beyond. Launched in 2019, HKDC has successfully passed landmark legislation such as the Hong Kong Human Rights and Democracy Act, the Hong Kong Autonomy Act, and numerous other policies supporting Hong Kong. In direct response, Hong Kong authorities issued arrest warrants against him in July 2020, making him the first foreign citizen to be targeted under the National Security Law. A first-generation immigrant from Hong Kong, Samuel is the son of the Rev. Chu Yiu Ming, co-founder of Occupy Central that led to the Umbrella Movement in 2014. The elder Chu was later tried, convicted, and sentenced on protest-related charges in 2019. Samuel also serves as the national organizer for MAZON: A Jewish Response to Hunger.

Serena Oberstein is the Executive Director of Jewish World Watch, a faith-based organization combatting genocide and mass atrocity founded in 2004 as a response to the genocide in Darfur.  She has a background in public service and the Jewish communal sector spending two decades creating solutions on the local, state and federal level in the nonprofit and public sectors.  As the COO for Vision to Learn, Oberstein oversaw growth across 10 states. She previously worked as the Southern California Director of Bend the Arc: A Jewish Partnership for Justice, as well as the founding Southwest Regional Director of J Street. Serena served in the Villaraigosa administration shaping education and equity policy. From 2014 to 2018 Serena served on the Los Angeles City Ethics Commission.

Amber Maze is an expert in the field of genocide education and mass atrocity prevention. Her work focuses on human rights in the Great Lakes Region of Africa, the preservation of memory in post-conflict communities, and mass atrocity prevention advocacy. Her academic and professional career have led her to work with the United States Holocaust Memorial Museum and the Enough Project. Amber holds a Master of Arts in Holocaust and Genocide Studies from Stockton University of New Jersey and currently serves as the Holocaust Educator and Human Rights Associate for the Indianapolis Jewish Community Relations Council. She is also the Co-Founder and Chief Program Officer for the Crane Center for Mass Atrocity Prevention, a nonprofit dedicated to addressing the root causes of violence.