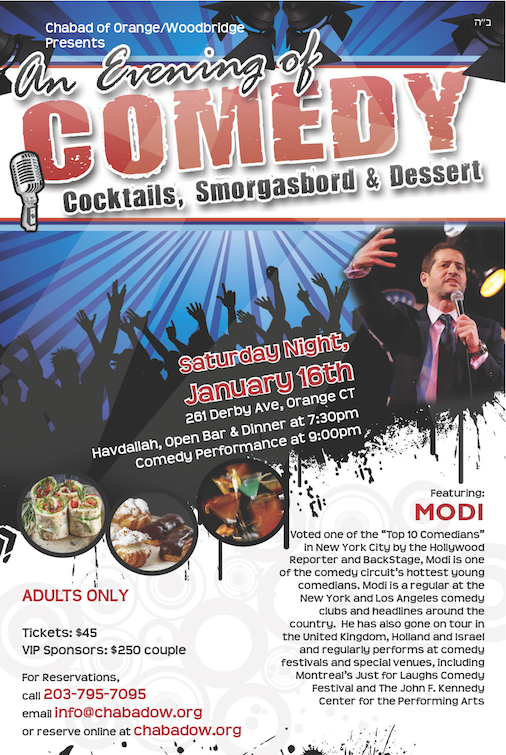 Chabad of Orange Woodbridge Presents an Evening of Comedy, Cocktails and Dinner featuring the amazing comedy of MODI

Voted one of the “Top 10 Comedians”in New York City by the Hollywood Reporter and Back Stage, Modi is one of the comedy circuit’s hottest young comedians. MORDECHI “MODI” ROSENFELD
was born in Israel and moved to Long Island when he was seven. He was on track to becoming a Jewish mother’s dream -- a nice Jewish boy working on Wall Street as a Vice President at Merrill Lynch. But that all changed
when, at the behest of a friend, he got onstage for an open mike at a local comedy club. Modi is a comedian who is proud to be Jewish. His comedy is an honest reflection of that or else it’s not funny. Besides, you can’t be embarrassed to be Jewish - it’s a “zchus” (merit) to be Jewish!”

ALL ARE WELCOME!! ADULTS ONLY