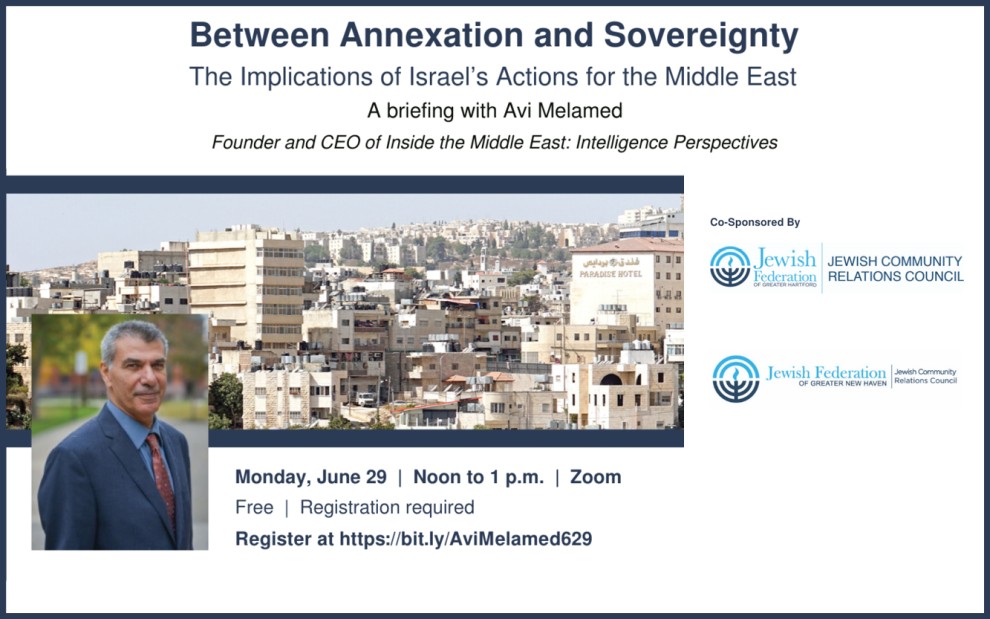 Register for Between Annexation and Sovereignty The Implications of Israel’s Actions for the Middle East A briefing with Avi Melamed, Founder and CEO, Inside the Middle East: Intelligence Perspectives, part one of a three-part series

The expected Israeli annexation of / declaration of sovereignty over parts of the West Bank raises many questions. What will be the scale of such a move? What will it look like on the ground? How will it impact the current status quo? Will it result in another round of Israeli-Palestinian violence? What will be the reaction in the region? How does this Israeli move reflect the geopolitics of the Middle East in 2020? This briefing and Q&A with seasoned intelligence analyst Avi Melamed will cover these questions and provide a comprehensive, three-dimensional picture of the situation.