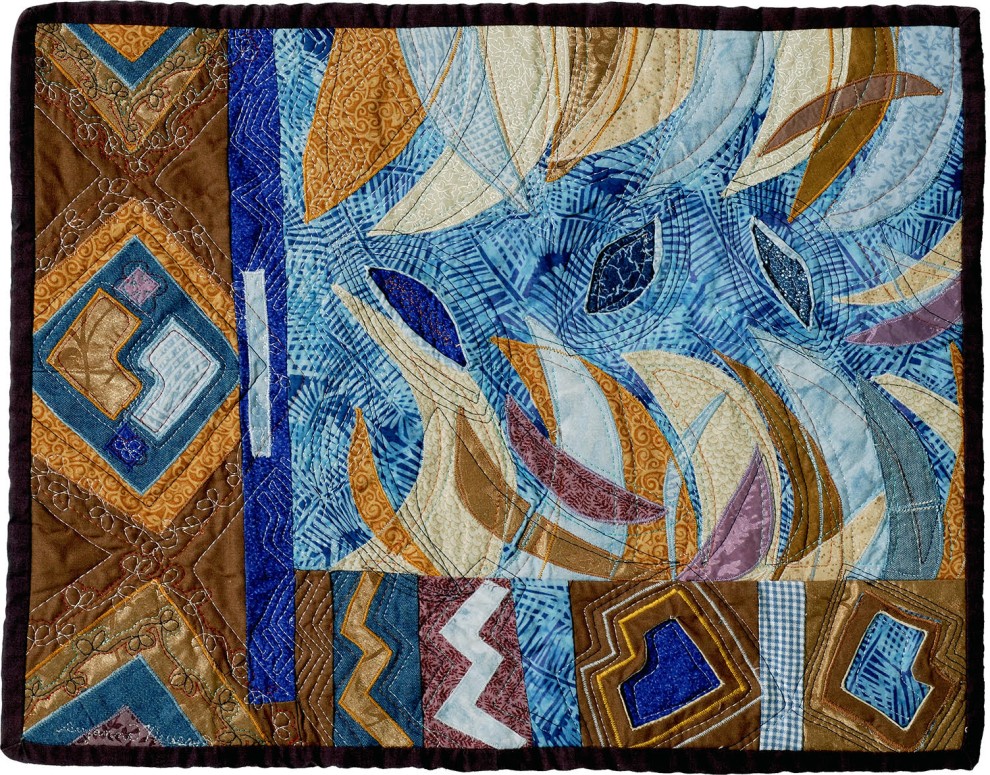 For over 35 years, Suzanne Neusner has focused on abstract imagery through a variety of weaving and quilting techniques. Her work includes references to landscapes, abstractions, and playful reinventions of traditional Jewish themes such as matzoh covers.

Neusner uses color and form to highlight contrast and texture, often in whimsical themes and nonconforming shapes. For inspiration, the Rhinebeck, New York, resident draws from her natural surroundings in the Hudson Valley as well as from her prior explorations in other media.

The paintings in Naomi Safran-Hon’s exhibition Going Home depict neglected rooms, halls, and passageways with traces of their former inhabitants and the external forces that brought about their desolation. Through creating these paintings, the artist reflects on a complicated relationship to her homeland, Israel.

The gallery space at BEKI, Safran-Hon hopes, will draw these questions of home and belonging into a Jewish context, evoking the role of the congregation as a spiritual home, and of the synagogue building as a symbolic home in our tradition, as well as the political and ethnic ideas behind the making of a Jewish collective Home.

In these pieces, Safran-Hon combines photographs of abandoned homes in Wadi Salib, a neighborhood in her hometown of Haifa, with cement, fabric, lace, and acrylic paint. These structures, which were the homes of Palestinians until the Arab-Israeli War of 1948 and the creation of the State of Israel, stand as ghosts of the past in a neighborhood that has never recovered. Through the process of making her work, Safran-Hon reconstructs these buildings and asks us to reconsider our ideas of home and belonging.

Both exhibitions will run through June 4.