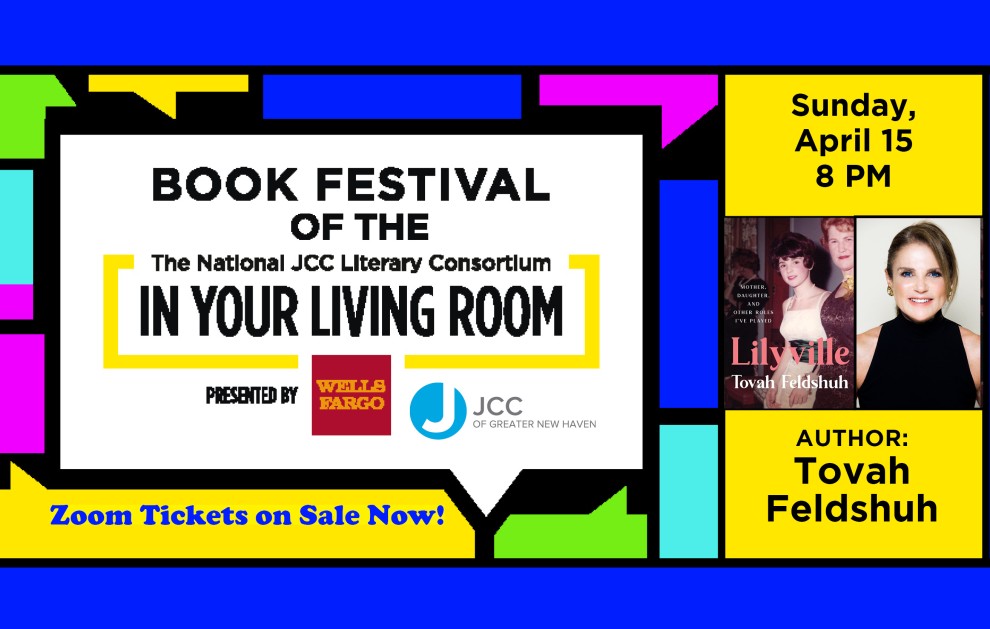 Register in advance. Join us for a discussion with Tovah Feldshuh, on her latest book: Lillyville: Mother, Daughter, and the Other Roles I've Played. In Conversation with Holly Firfer, CNN Correspondent.

Calling Tovah a master performer would be akin to dismissing a tornado as a stiff breeze. Her first major role in Yentl earned her multiple awards and a Tony nomination, paving the way for a robust theater career and acclaimed television performances in Holocaust, Crazy Ex-Girlfriend, and The Walking Dead. Yet, perhaps Tovah’s most influential, challenging, and, eventually, fulfilling role was one she never auditioned for: Lily Feldshuh’s daughter.

In her own way, Lily was a force of nature too. As the epitome of a 1950s housewife—impeccably dressed, a master of etiquette, and completely devoted to her husband—she expected perfection from her only daughter and often believed that as a mother, it was her duty to point out Tovah’s every mistake. Tovah, headstrong and free-spirited, found herself constantly torn between living a life on her own terms and a desperate need to gain her mother’s approval. Despite all of
Tovah’s success on-stage and on the screen, it ultimately would take the birth of her own children and the death of her beloved father to truly bring the two women
together.

In Lilyville: Mother, Daughter, and Other Roles I’ve Played, Tovah Feldshuh reflects on her extraordinary life in the best way she knows how: as a play. Tovah immerses readers in a journey through the acts and scenes of her personal and professional life, from her tomboy childhood in the refined community of Scarsdale, New York, to becoming Broadway royalty alongside Christopher Plummer and Barbra Streisand—all held together by the twisting thread of her often-complicated relationship with Lily.

Spend a little quality time with Tovah when you purchase her thrilling new memoir, Lilyville! Everyone who purchases a book (includes signed bookplate) is invited to a pre-event VIP Meet 'n Greet where YOU will have the opportunity to ask her your questions or just say hello! A separate Zoom link will be sent prior to the meeting.