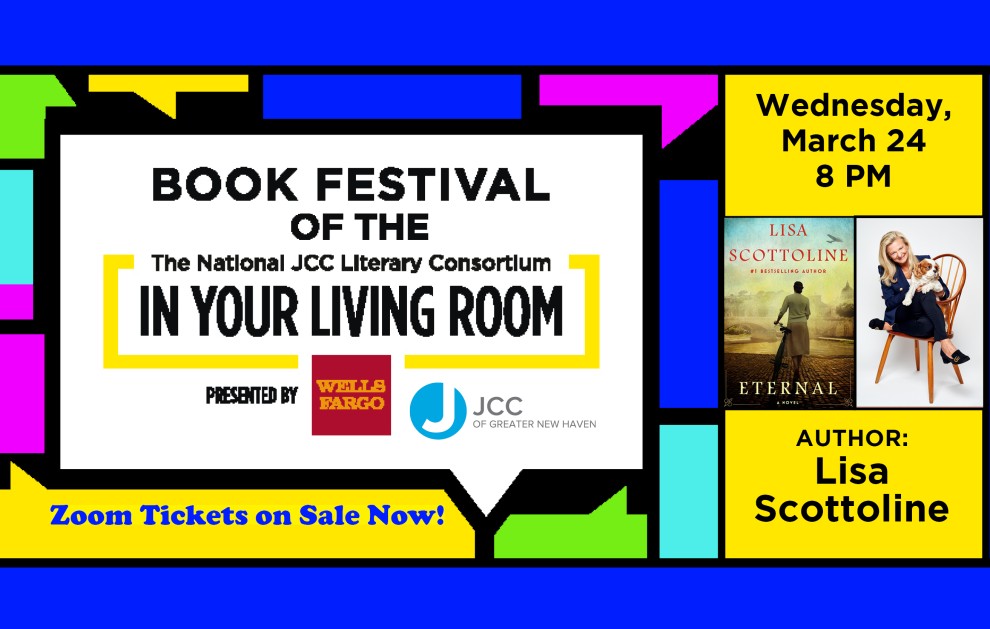 Register in advance for Eternal: A Novel by Lisa Scottoline

Eternal is the culmination of a lifetime of work: a sweeping historical epic fueled by devastating true events. Named for Rome, the Eternal City, this moving novel lifted from the pages of history is the book that Scottoline was born to write. It will be forever etched in the hearts and minds of readers, as will the powerful truth it asserts—what war destroys, only love can heal.

Set in Rome during the ventennio, the twenty years of Mussolini’s rise and fall, Eternal centers on Elisabetta, Marco, and Sandro, who grew up as the best of friends despite their differences. Elisabetta is a feisty beauty who dreams of becoming a novelist; Marco, a brash and athletic son in a family of professional cyclists; and Sandro, a Jewish mathematics prodigy, kindhearted and thoughtful, the son of a lawyer and a doctor. Their friendship blossoms to love, with both Sandro and Marco hoping to win Elisabetta's heart.

Now, their relationships are changing—as is the world around them. In the autumn of 1937, Mussolini asserts his power, aligning Italy's Fascists with Hitler's Nazis and changing the very laws that govern Rome. The Nazis invade and occupy Rome, perpetrating new atrocities against the city's Jews, culminating in a final, horrific betrayal. Against this backdrop, the intertwined fates of Elisabetta, Marco, Sandro, and their families will be decided. Unfolding over decades, Eternal is a saga of loyalty and loss, family and food, love and hate—all set in one of the world's most beautiful cities at its darkest moment.

Tickets: $6 for one Virtual Ticket or $36 for Book + Ticket (includes shipping).