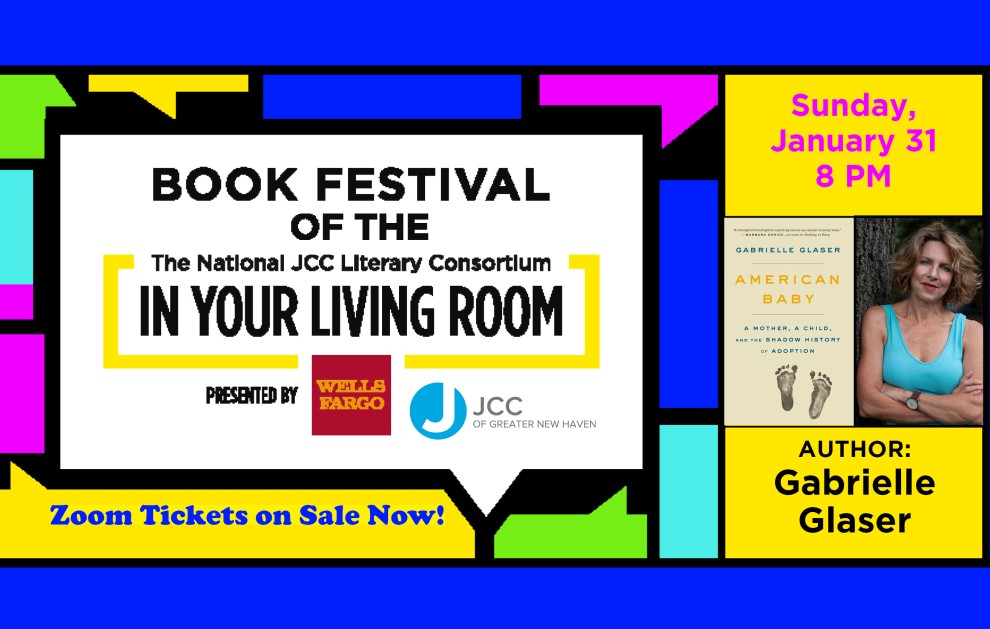 Register in advance. Book Fest In Your Living Room Presents Gabrielle Glaser, American Baby: A Mother, a Child, and the Shadow History of Adoption

In 1961, sixteen-year-old Margaret Erle fell in love and became pregnant. Despite Margaret’s intentions to marry her child’s father and her desperation to keep her baby boy, Margaret was coerced into signing away her parental rights. After only two brief visits, Margaret’s son vanished into an adoption agency’s hold and out of Margaret’s reach for decades to come. In AMERICAN BABY: A Mother, a Child, and the Shadow History of Adoption (Viking; On Sale: June 2, 2020; 9780735224681), New York Times bestselling author and journalist Gabrielle Glaser explores the untold story of a predatory, secret adoption system in postwar America through the dual stories of Margaret and the son she never intended to give up.

In revelatory detail AMERICAN BABY examines how the exploitative adoptive system placed children with hopeful families, fabricated stories about infants’ origins and destinations, then closed the door firmly between the parties forever. Glaser brilliantly maps the rise of the adoption business, an industry that expanded at the height of the Baby Boom on the backs of “girls in trouble” and the infertile couples determined to fit the mold of the nuclear family. She reveals how the adoption system struck unethical deals with doctors and researchers for pseudoscientific "assessments," and shamed millions of young women into surrendering their children.

Glaser demonstrates the obstacles millions of young women faced — through their forced stays in maternity homes, to their coerced surrender of wanted children, and the closed records that made it virtually impossible to reconnect with them even decades later. Using years of research and collected interviews with more than one hundred birth mothers and adoptees, Glaser discusses:

AMERICAN BABY is a tale of love, loss, and the search for identity, and ultimately shows a path to justice and healing after years of shame and secrecy.

Gabrielle Glaser is a New York Times bestselling author and journalist whose work on mental health, medicine, and culture has appeared in The New York Times Magazine, The New York Times, The Daily Beast, The Washington Post, Los Angeles Times, Self, and many other publications. She has appeared on many national radio and television programs, including NPR's Fresh Air, All Things Considered, WNYC's On the Media, and The Brian Lehrer Show, NBC's Nightly News, and ABC's World News Tonight.

All books include shipping to the US and Canada only. Books will be shipped after the event and can take 7 - 10 business days to receive due to Covid-related USPS delays!