Attend this community event and hear the powerful story of a friendship between two men--one Sikh and one former skinhead --that resulted in an outpouring of love and a mission to fight against hate. When Pardeep Kaleka's father was murdered at a Sikh Temple in Oak Creek, Wisconsin, he was devastated. When Arno Michaelis, a former skinhead and founder of one of the largest skinhead organizations in the world, heard about the attack, he knew head had to take action and fight against the very crimes he used to commit. 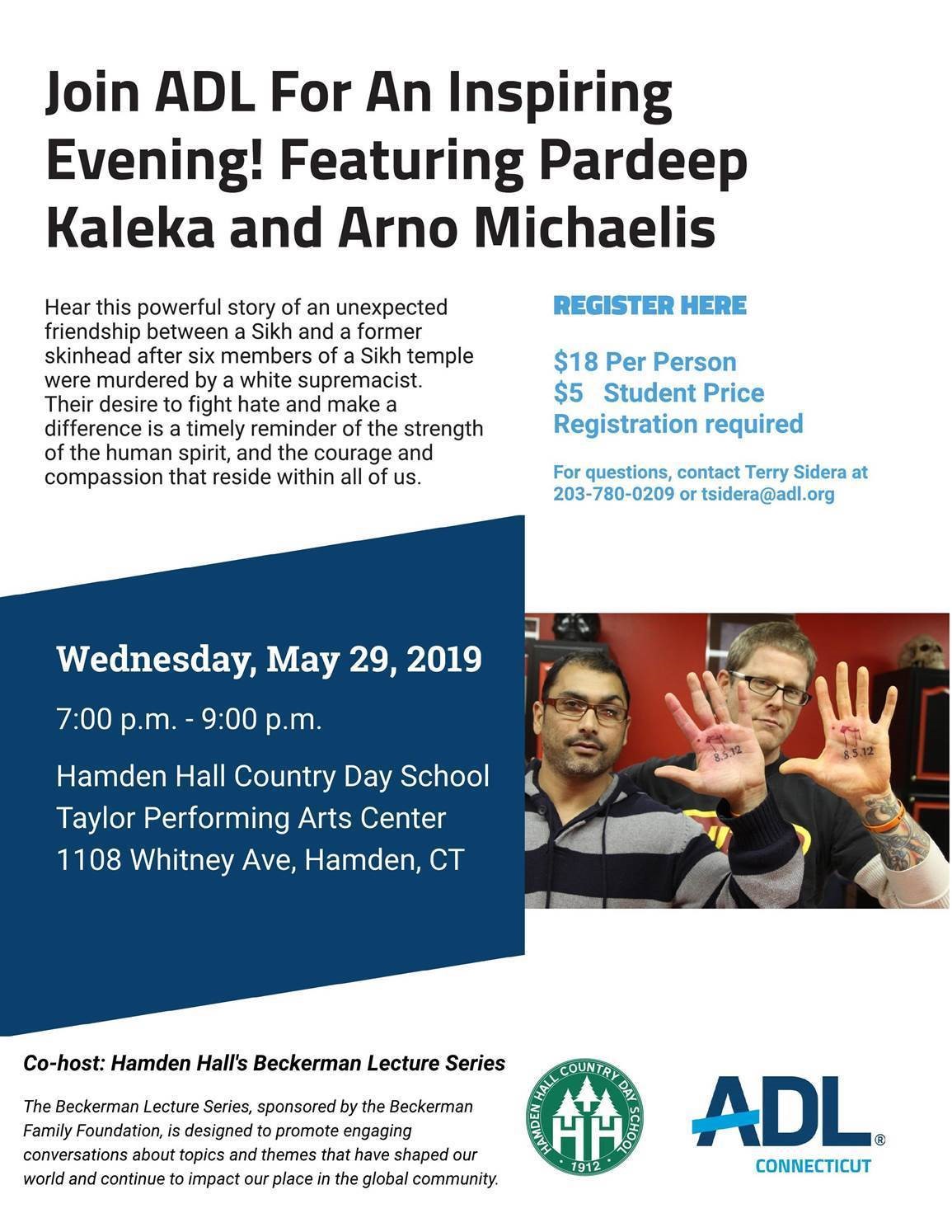