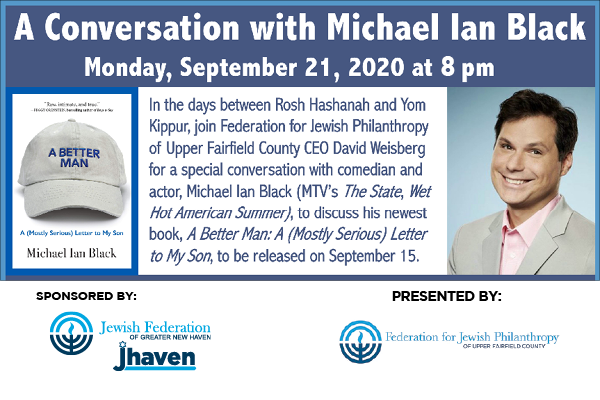 The focus will be on Michael’s forthcoming book, A Better Man: A (Mostly Serious) Letter to My Son, which will be released on September 15, is one of BuzzFeed’s Most Anticipated Books of the Year, and which feels quite appropriate for those introspective days in between Rosh Hashanah and Yom Kippur.

Michael, a member of the Jewish community in Fairfield County, is well known as a stand up comedian, for his appearances on late night talk shows, for the sketch comedy show The State on MTV, and he has created and starred in many other television shows.

Michael's book, A Better Man, is available for purchase starting 9/15.

Presented to the Jewish Federation of Greater New Haven community by jHaven.