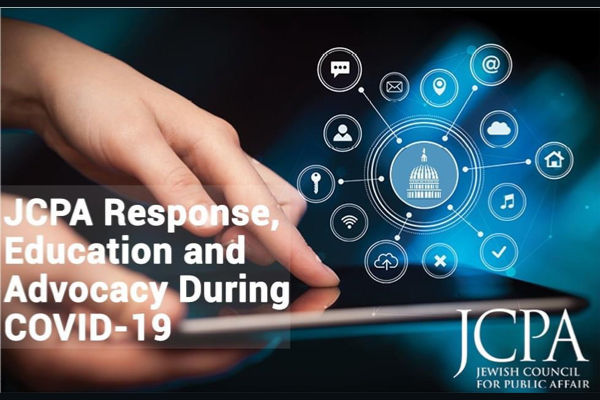 Register for this meeting in advance.

After bringing new cases of COVID-19 to near zero, Israel is reopening its economy. What did Israel do right (or wrong) in managing the spread of the disease? Israeli institutions are also said to be on the cutting edge of developing both vaccines and anti-virals. What breakthroughs might we see in the months ahead?

Dr. Yoram Weiss is the Director of the Hadassah Hebrew University Medical Center, Ein Kerem Campus, Jerusalem, Israel. Previously he held the position of Chairman of the department of Anesthesiology (2009-2014) and Director of the Center for Surgical Critical Care Medicine (2006-2009). Dr. Weiss joined the Hadassah Central Administration in October 2013. At first, as the Medical Director, with principal responsibility of reorganizing the operating rooms. In February 2014 he assumed the full responsibility of managing all aspects of the Ein Kerem campus Hadassah University Medical Center. Dr. Weiss serves on several national advisory committees to the Israel Ministry of health: Chair, Cybersecurity Regulation and guidelines for the Israeli Healthcare System; Member, The infrastructure and operational characteristics of the future hospital; Member, Digital Services and Innovation in Medicine; Member, National Quality Indicators.

Dr. Janice Weinman Shorenstein, born in London and a resident of New York City, currently serves as ED/CEO of Hadassah. Immediately prior to that, she was the President of Kids In Distressed Situations, Inc., an international charity that annually provides new products to approximately 40 million children in need around the US and the world. Previously, she served as Corporate Vice President for External Affairs at Mount Sinai-N.Y.U. Medical Center, where she oversaw marketing, communications, PR, and government and community relations. Before that she served as Assistant to the U.S. Secretary of Education during the Clinton Administration. Prior to that, she was the Executive Director of the American Association of University Women, the national organization that promotes education and equity for women and girls.