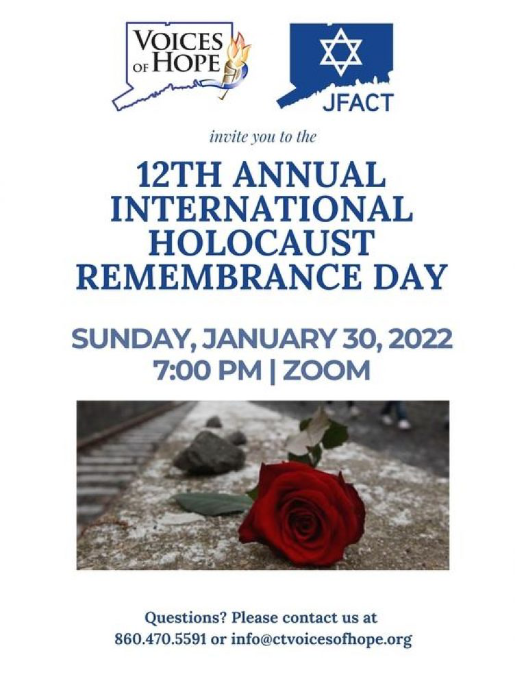 The United Nations General Assembly designated January 27—the anniversary of the liberation of Auschwitz-Birkenau—as International Holocaust Remembrance Day. On this annual day of commemoration, the UN urges every member state to honor the victims of the Nazi era and to develop educational programs to help prevent future genocides.

The program also includes the presentation of the 2022 Chesed Award, which is bestowed on individuals who demonstrate exemplary "acts of loving kindness” to Andy Sarkany.

The Simon Konover Recognition for Excellence in Holocaust Education award will be presented to the following educators: Ian Lowell, Jessica Palliardi, Lauren Thompson, and Kimberly Ballaro. This year, we are also recognizing Classical Magnet and the three Fairfield Middle Schools with a new award, The HERO Center Award for Schoolwide Excellence in Teaching Holocaust and other Genocides.

This program is free and is co-sponsored by Voices of Hope and JFACT.