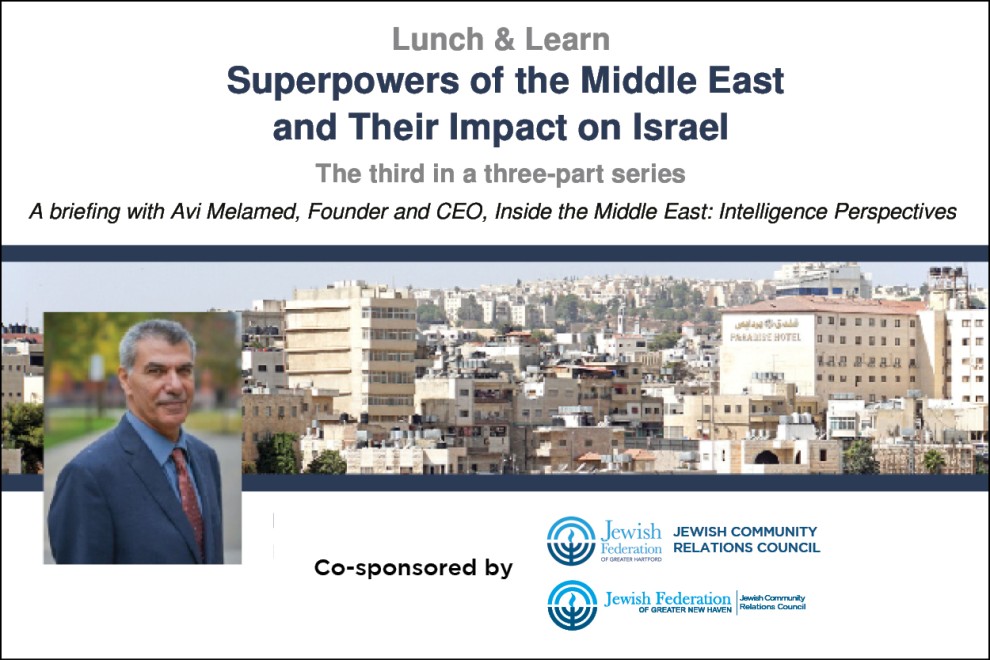 Please join us for the final webinar in a series of three with Middle East expert Avi Melamed. Avi will provide an update on, and professional analysis of, the political visions and recent actions of Iran and Turkey, and he'll explain how their attempt to attain superpower status could impact the State of Israel and the Israeli-Palestinian conflict. 30-minute presentation followed by Q&A.